Thursday November 14, 5.30pm, St Mary Magdakene Church, £10.
Pam Ayres will be reading from her latest poetry collection, You Made Me Late Again! Pam's poems are observant, witty and poignant in equal measure - her subjects are the everyday and the universal. Most of the poems in You Made Me Late Again! are brand new, and it also features several favourites from her stage shows, published here for the first time, such as 'The Make-Up Lady' and 'Tippy Tappy Feet'.

Pam Ayres has been a writer, broadcaster and entertainer for nearly forty eyars since winning the talent show Opportunity Knocks in 1975, and she has become an audience favourite for her sharp perception of the comic detail of everyday life. She is the author of several bestselling poetry collections and a memoir, The Necessary Aptitude. Pam and her husband have lived in Gloucestershire for over twenty-fice years, where they have a smallholding with cattle, sheep, bees, chickens and guinea fowl. She was awarded the MBE in 2004.

A Funny Way with Words - with Kathy Clugston

Thursday November 14, Woodstock Methodist Church, 8pm, £5. Four performance poets bring their recent book to life in an original show including storytelling, music and theatre - held together by radio presenter Kathy Clugston. The book is by Charlbury publishers Rob Stepney and Ed Fenton, plus musician John Lanyon and graphic designer Adrian Lancini. Several of the poems have local connections, including one which includes 31 Oxfordshire place-names... 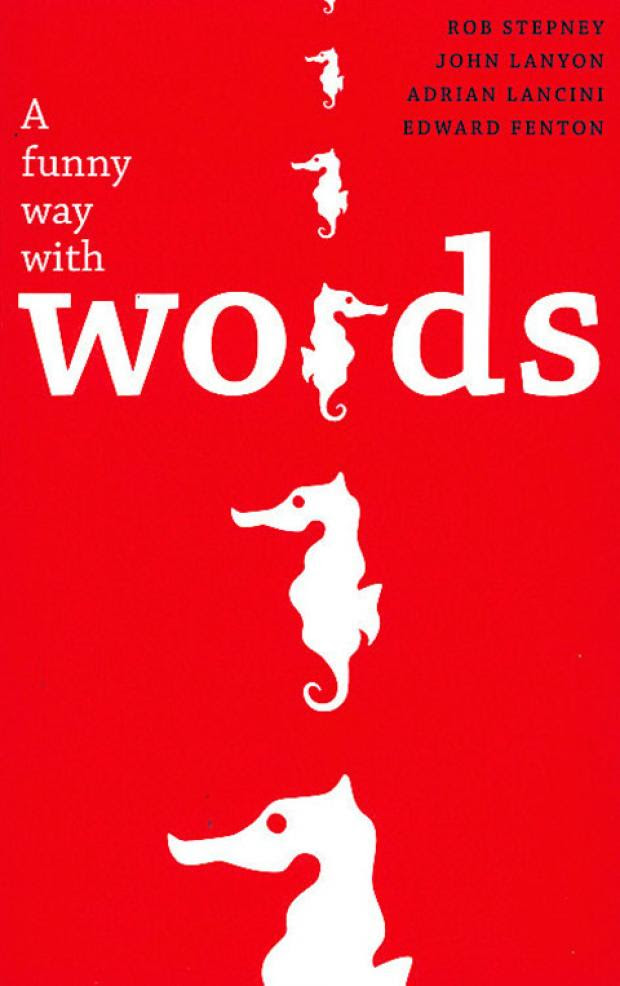 Friday 15 November, 7pm, £5
Peter McDonald is a poet and critic - he lives in Woodstock and teaches at Christ Church, Oxford, where he is Christopher Tower Student and Tutor in Poetry. His Collected Poems was published by Carcanet  in 2012. He is currently editing the poetry of WB Yeats.

Patrick McGuinness is a Professor of French and Comparative Literature at St Anne's, Oxford.  Jilted City is his second collection of poetry

Saturday 16 November, 3pm, £5 to include tea and cakes. MsCellaneous are an Oxford-based group of eight women who have been meeting and writing poetry together for nine years. One of their works is currently on display in the Oxfordshire Museum in Woodstock - a renga written jointly after a visit to the museum and inspired by some of the exhibits.
Posted by Rachel at 16:40 No comments:

Saturday November 16, 4.30pm, tickets £5.
Alice Oswald is the winner of this year's Warwick Prize, the first time a poet has won the prize. She will be reciting Memorial, her reworking of Homer's Iliad, This is a magnificent and mesmerising performance, all the more remarkable for being recited from memory.

'Oswald has achieved a miraculous feat. She's exposed a skeleton, but found something magnificently eerie and rich. She has truly made, to borrow a phrase from Stephen Spender, a "miniature Iliad", taut, fluid and graceful, its tones knelling like bells into the clear air, ringing out in remembrance of all the untimely dead' Telegraph.
Posted by Rachel at 16:26 No comments:


Julia will be reading from The World's Two Smallest Humans, her third poetry collection (shortlisted for the Costa awards and TS Eliot Prize 2012). She is judging the National Poetry Competition this year.
' Reading Julia Copus's remarkable collection – her third – makes one think about the risks involved in writing personal poetry. "Write about what you know" is not fail-safe advice because intimate poetry, unless of the highest quality, often comes across as paradoxically anonymous. Or worse, as many of the collections that come my way reveal, it can be as unsavoury and depressing as rummaging through dresses in a secondhand clothes shop. The wonder of Copus's poems is that although they could hardly be more personal – childhood; the end of an affair; a sequence on IVF treatment – there is no self-indulgence and no sense, for the reader, of being an intruder' - Kate Kellaway, Observer
Posted by Rachel at 15:15 No comments:

Saturday 16 November, 8.30pm, £5. This very lively group of performance poets also appeared at last year's festival. The line-upfor 2013 has some of the same people - it's introduced, as before, by the irrepressible Dan Holloway, who has been MC of The New Libertines since 2011. Dan was the winner of this summer's Notes poetry competition as well as the HarperCollins First Lines prize.

Lucy Ayrton is the author of Lullabies to Make Your Children Cry, published by Stewed Rhubarb Press, a wonderful feminist reimagining of traditional fairytales based on her hugely successful show of the same name, which has received rave reviews at the Edinburgh Fringe for the past two years.

Kiran Millwood Hargrave is President of Oxford University Poetry Society. She is a former poet-in-residence at the Scott Polar Research Institute, and one of the 2013 Barbican Young Poets, and author of Splitfish, released in September by Gatehouse Press.

Tina Sederholm is a member of the current UK National Team Poetry Slam Champions. She has performed her show Evie and the Perfect Cupcake to rapturous reviews across the UK at venues from the Edinburgh Fringe to Chipping Norton Literary festival. She has just published her first collection, The Velvet Box.

Claire Trevien is co-hose of Penning Perfumes, which received an Arts Council grant for its second UK tour celebrating the blending of poetry and scent. Claire is also editor-in-chief of Sabotage Reviews, the UK's leading review site for poetry pamphlets. Her debut collection The Shipwrecked House (Penned in the Margins) is the only poetry book longlisted for the 2013 Guardian First Book Award.
Posted by Rachel at 14:32 No comments:

David Morley is Professor of Writing and Director of the Warwick Writing Programme at the University of Warwick. His most recent poetry collection is The Gipsy and the Poet, a Poetry Book Society Recommendation, published by Carcanet in August and inspired by a real-life encounter between the poet John Clare and a gipsy called Wisdom Smith. David was one of the judges of the 2012 TS Eliot Prize and is judging the 2013 Foyle Young Poets of the Year. He has read before in Woodstock, at The Woodstock Arms, and we are delighted to welcome him back.

Liz Berry was born in the Black Country. She received an Eric Gregory Award in 2009 and won the 2012 Poetry London competition. She is assistant poetry editor for Ambit magazine and tell-lighthouse published her pamphlet The Patron Saint of Schoolgirls in 2010. Her debut collection is being published by Chatto & Windus next year: '...a compelling new voice - one that will continue to grow in range and authority' - Andrew Motion.
Posted by Rachel at 14:16 No comments:

Reading together on Sunday 17 November at 6.30pm in Woodstock Methodist Church - tickets must be booked in advance through The Woodstock Bookshop and cost £5 each - or buy any of their books from us and have free entry.

David Constantine has published ten books of poetry, two short story collections, a novel and several translations including Goethe's Faust for Penguin Classics. His most recent poetry collection is Nine Fathom Deep. He was co-editor of Modern Poetry in Translation from 2004-2013. This year his collection of short stories, Tea at the Midland and Other Stories, won the Frank O'Connor International Short Story Award - he is the first English writer to win the award. He is a fellow of the Queen's College, Oxford.

Sasha Dugdale has taken over from David Constantine as editor of Modern Poetry in Translation. She has been a translator and consultant for the Royal Court Theatre and other theatre companies - Plasticine, her translation of Vassily Sigarev, won the Evening Standard Award for Most Promising Playwright. She has published two collections of Russian poetry and three collections of her own poems - most recently Red House.

Poetry Platform at The Woodstock Arms with Jenny Lewis

This is an open evening on Sunday 17 November at 8.30pm in The Woodstock Arms for local poets and is free entry to all - both poets and audience. It is the final event in this year's Woodstock Poetry Festival and should be a lovely way to round off the weekend. 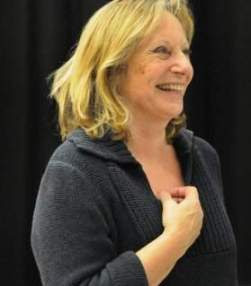 Jenny Lewis is a poet, playwright, children’s author and songwriter who specializes in cross disciplinary work combining poetry with other art forms.
She first trained as a painter at the Ruskin School of Art before reading English at St Edmund Hall, Oxford. She has published two books of poetry (When I Became an Amazon, Iron Press 1996 and Fathom, Oxford Poets/ Carcanet 2007) and has had several plays and poetry cycles performed at theatres across the UK including her verse drama, After Gilgamesh (for Pegasus Theatre, Oxford) published by Mulfran Press, 2011.
She teaches poetry at Oxford University and her next collection, Taking Mesopotamia, is forthcoming from Oxford Poets/ Carcanet. Jenny also runs poetry workshops and various collaborative projects.
Posted by Rachel at 11:07 No comments: