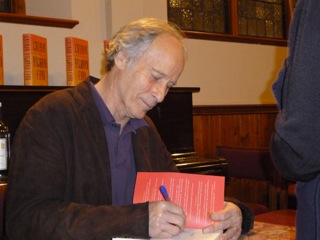 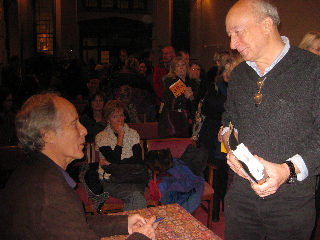 A huge thank you to everyone who came along and supported our first Woodstock Poetry Festival - authors and audience alike. It went very well - 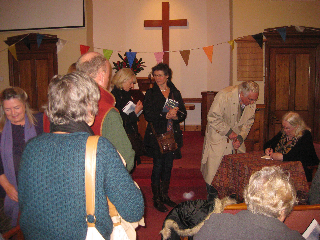 Above: the queue waiting to talk to Gillian Clarke following her reading

Below: David Harsent chatting to Jenny Hammond following the reading 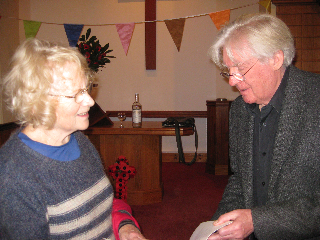 A rather blurry picture of Bernard O'Donoghue reading at the lectern: 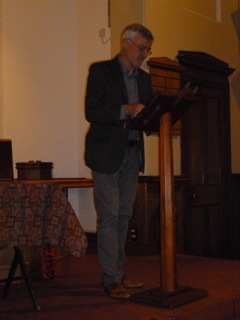 Richard Ford is coming to Woodstock Methodist Church on 27th November at 7pm to talk about Canada (for full details of this talk see earlier post of 14 July). This talk is almost full - has Richard Ford ever spoken in Woodstock before?! If you would like to come please book in advance.
Posted by Rachel at 17:10 No comments:

What a cheerful way to start the day. I thought I was a Luddite - I am, I know I am - but this is real Grumpy Old Man stuff. This is his opinion of ebooks:

For the rest of the interview, equally and divertingly grumpy, see here.
Posted by Rachel at 09:51 No comments: