This summer author Emma Chapman is visiting as many independent bookshops as she can manage in a month, travelling from Land's End to St Andrews to promote her new book How to Be a Good Wife ('Brilliantly convincing...darkly fascinating' - Financial Times):


'I’m not ready to lose bookshops from our high streets. If we really think about it, I don’t think many of us are. It’s easy to shake our heads as yet another indie closes its doors, but are we really doing anything to prevent it? We continue to buy from online retailers, despite the fact that many indies offer next-day delivery. Amazon is able to discount books, often taking a loss which it makes up on other products. So perhaps we are saving one or two pounds on our book purchases—is that saving worth the loss of our local indies?
'I’m calling it #IndieBookCrawl. I’ll be tweeting (@emmajchapman) and “Facebooking” the journey and I’d love it if readers came along for the ride. You can pop down to a bookshop in person, or tweet your indie purchases during the month using the hashtag #indieBookCrawl. I’ll also be asking booksellers for their messages to readers.
'We make the purchasing decisions and hold the power to do something. Let’s make a stand and help out indies before it’s too late'
Emma will be calling in on The Woodstock Bookshop on Saturday 12 July - if you'd like to follow her progress, have a look at her blog here .
Posted by Rachel at 15:14 No comments:

We are holding a sale during during this year's Independent Booksellers' Week - and are also giving away a free proof of your choice with any full-price book you buy!

Tim Butcher is giving an illustrated talk about The Trigger on Thursday 3 July at 7pm in Woodstock Methodist Church, tickets £5.

Tim Butcher is a journalist, broadcaster and the author of Blood River and Chasing the Devil, accounts of his journeys in Africa. The Trigger tells the story of Gavrilo Princip, the teenage assassin who killed Archduke Ferdinand and started the First World War - born penniless, he trekked through Bosnia and Serbia to attend school. As he crossed lines of faith, nationalism and empire he gradually became radicalised. Tim Butcher uncovers new details about Princip and the book has been widely praised:

William Boyd: ‘A fascinating study of one of those rare individuals whose act of violence changed the history of the world. An incisive, shrewd, wholly compelling investigation’
Norman Stone: ‘A splendid book. It takes its place among classics of Balkan history’
Andrew Roberts: ‘This is first class history and in a year swamped with First World War centenary books it’s the one you should read first’
The talk by Barbara Trapido planned for June 28 has been postponed. 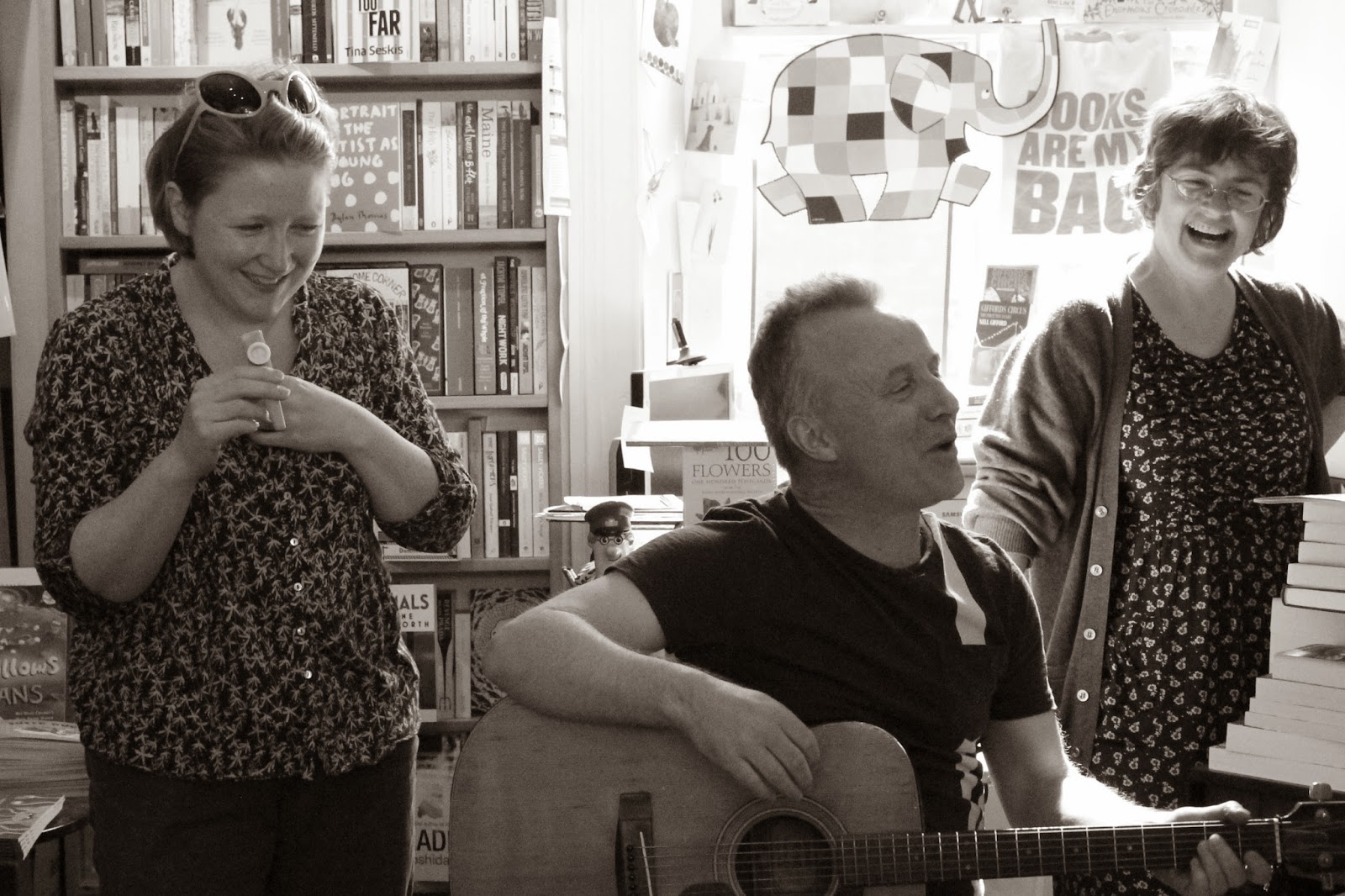 Charlotte and Adam Guillain, (above, with Rachel, and below, with the book), during the launch of their latest book Marshmallows for Martians at The Woodstock Bookshop yesterday afternoon - photos by author Jo Cotterill - thank you Jo!) 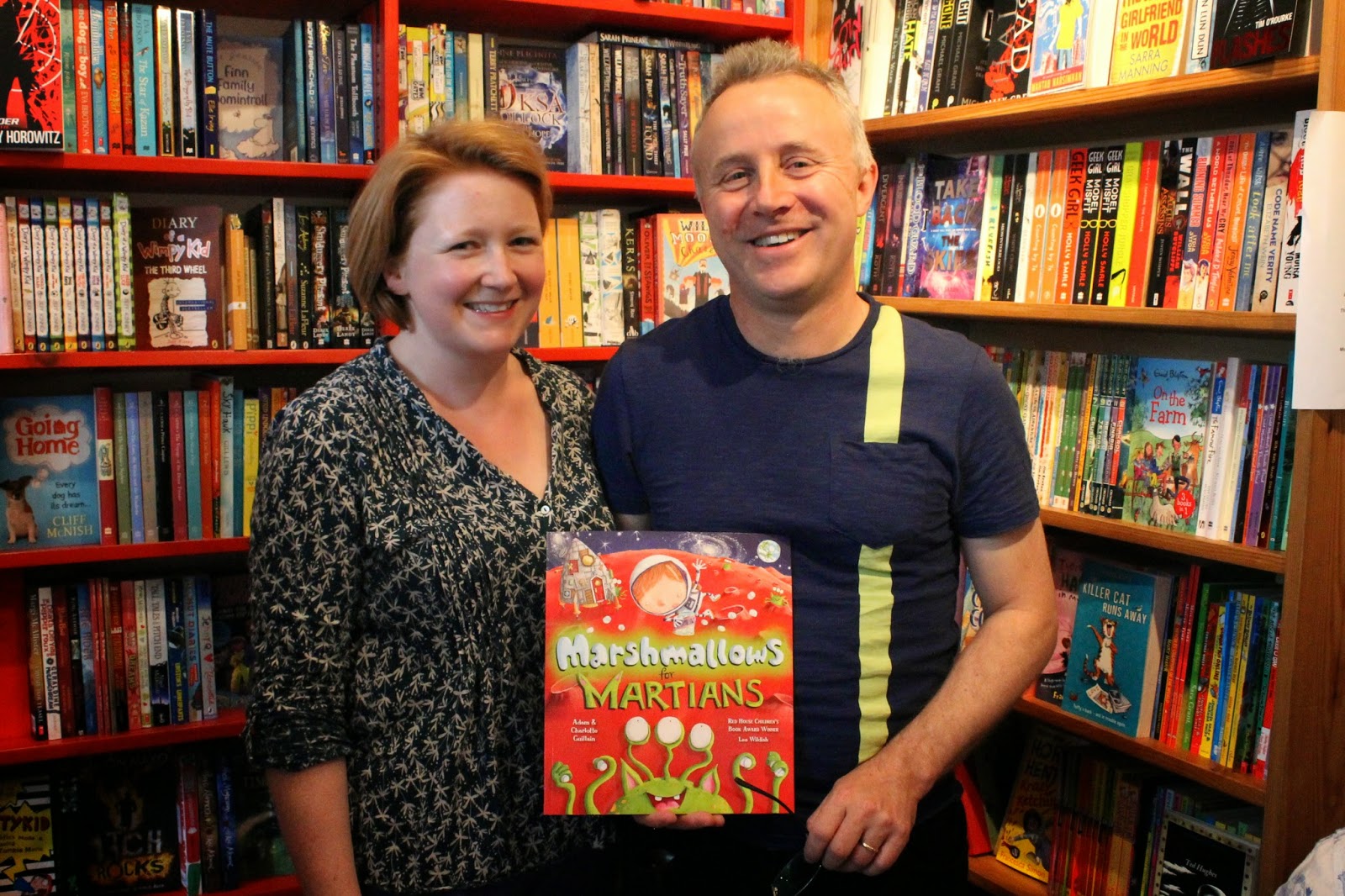 Children bearing books and cushions - and parents bearing children bearing books and cushions - came to the bookshop yesterday afternoon to join in the celebration of Marshmallows for Martians.There was plenty of audience participation - Adam played the guitar and sang, while Charlotte read and we all joined in with choruses and kazoos. People shared their favourite books afterwards, and we handed round unbelievably large marshmallows (you can find them in Hampers) and free copies of Super Duck, the National Bookstart Week book.
Posted by Rachel at 09:46 No comments:

Nell spoke for almost an hour last night about how she came to start Giffords Circus. She stood in front of us, with no notes, and told her story. 'I held the jewel of my childhood up to my eye, and through it I saw ponies and a dressing up box and a tent, and that was Giffords Circus.' Not everyone has the courage or tenacity or luck to make their dream a reality. Nell has those and more. She is touring the Cotswolds with Giffords Circus all summer till 14th September and if you haven't seen it yet do go - dreams such as hers need supporting.

In the picture below, she's signing books following her Woodstock talk. 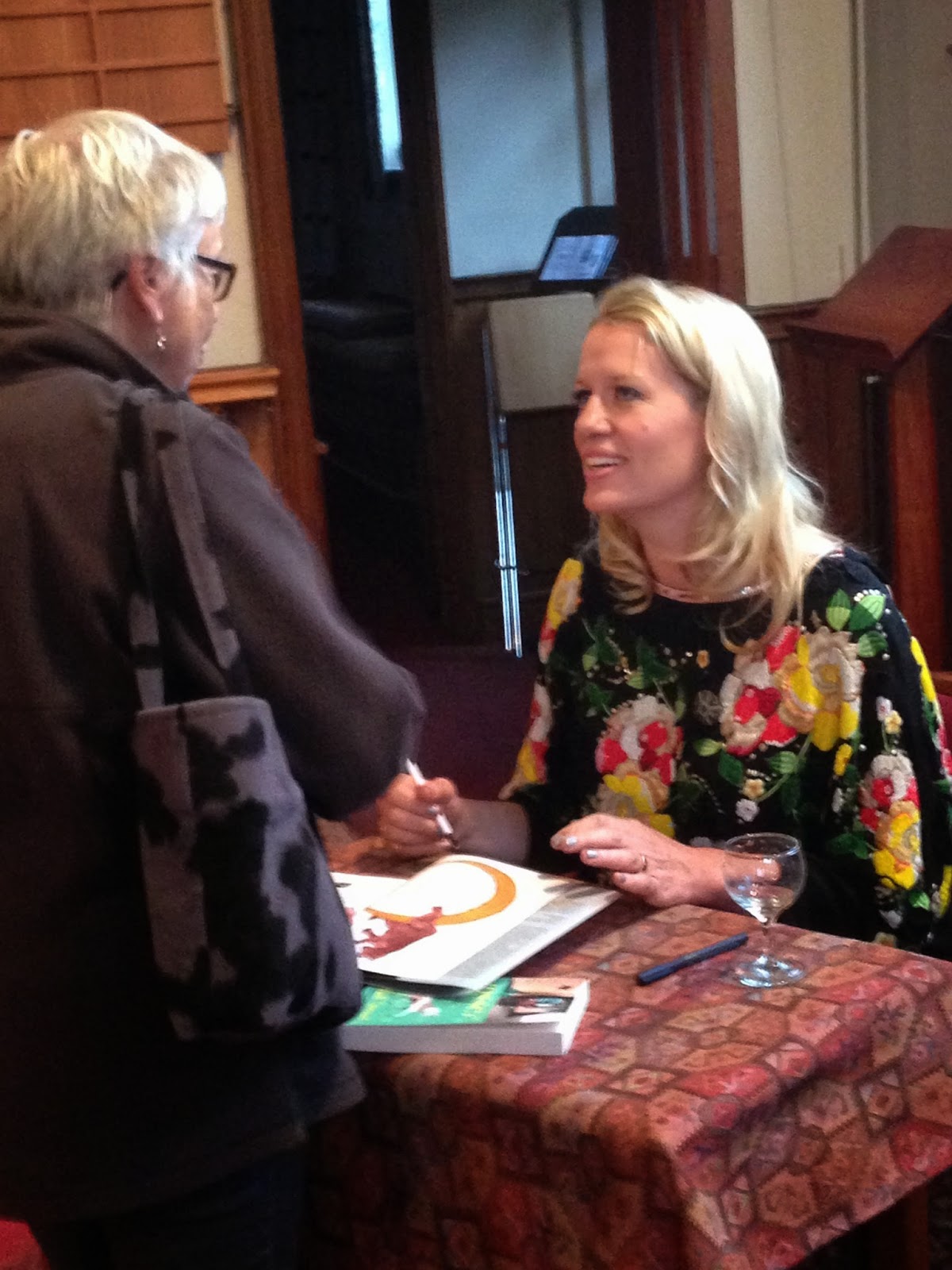 Please join Adam and Charlotte Guillain at The Woodstock Bookshop on Sunday 8 June at 4pm for the launch of their latest book, Marshmallows for Martians -

- which follows the further adventures of George (from their first book, Spaghetti with the Yeti). The book is aimed at 2/3-6 year olds – the reading is for children with their parents (no unaccompanied children please!). Each child should bring a cushion - our floor is hard.


The event is free and also celebrates the start of National Bookstart Week – bring a favourite book, something you have read many times, to recommend to the other children. Once Adam and Charlotte have shown you Marshmallows for martians we will read some of your favourite choices.