We are holding two talks as part of this year's Blenheim Palace Literary Festival at Woodstock: ring the bookshop to reserve tickets. For general information about this year's festival see here.

Jenny Uglow, Thursday 13 September, 6pm, Woodstock Methodist Church, £10
The Pinecone, The Story of Forgotten Romantic Sarah Losh. Sarah Losh built Wreay Church in Cumbria in 1842 - it is one of the most unusual and inspiring churches of the Victorian era. Biographer Jenny Uglow uncovers the incredible story behind the church and its builder. Losh was born into a family of wealthy Cumbrian industrialists and had a zest for progress and love of the past. She let her imagination flow in the church, which includes carvings of ammonites, scarabs and poppies; an arrow piercing the wall; a tortoise gargoyle launching itself into the air; and her signature pinecones everywhere. The Pinecone is also the story of the Losh family, friends of Wordsworth and Coleridge, and a story of village life of the time. 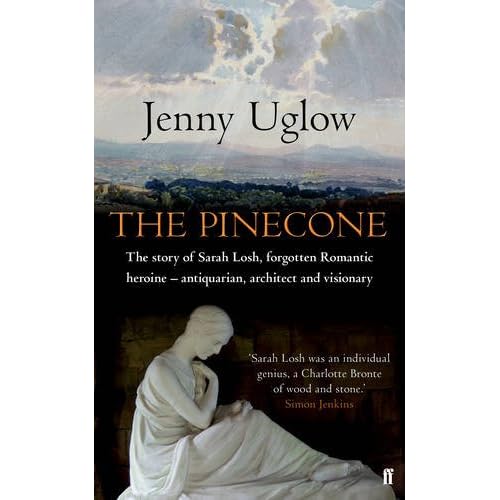 Jenny Uglow grew up in Cumbria. Her works include award-winning biographies of Elizabeth Gaskell and William Hogarth. Nature’s Engraver: A Life of Thomas Bewick won the National Arts Writers Award 2007 and A Gambling man: Charles II and the Restoration was shortlisted for the Samuel Johnson Prize 2010.

Anne Somerset, Saturday 15 September, 4pm, Woodstock Methodist Church, £10
Queen Anne, The Politics of Passion. Blenheim Palace and its estate is inextricably bound to the life of Queen Anne. The monarch gave the estate to her loyal and successful commander Marlborough and his wife Sarah Churchill, herself an intimate friend and confidant of the Queen. The Marlboroughs exerted great influence over Anne but the relationship turned very difficult and they were forced into exile after a final quarrel. 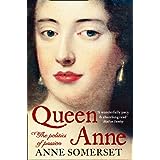 Historian and biographer Anne Somerset describes the politics and personality clashes that surrounded the reign of Queen Anne, whose life was riven by passion, illness and intrigue.  She describes how the final break with Sarah Churchill was precipitated by Sarah’s claim that it was the Queen’s lesbian infatuation with another lady-in-waiting that had destroyed their friendship. Despite the intrigue and infighting, Anne emerges as a successful ruler who set her nation on to the path of greatness.

Anne Somerset has won acclaim for her biography of Elizabeth I. Her books also include Unnatural Murder: Poison in the Court of James I, which won the Crime Writers’ Association Gold Dagger for non-fiction.

Pictures of The Woodstock Bookshop

There are some rather lovely pictures of the shop on the Penguin blog - see here...
Posted by Rachel at 12:48 No comments: